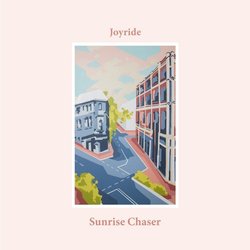 An imposing figure on and off stage, Joyride has quickly established himself as one of Australia's most diverse musical talents. He has spread himself across various genres, using his expansive skill-set to fit seamlessly into each.
Joyride's party DJing has seen him secure residencies at some of Sydney's most renowned parties all whilst headlining club nights around the country. Beyond that, he has left muddied dance floors for dead at Splendour In The Grass, Parklife, Field Day, Good Vibrations, Peats Ridge Festival and Secret Garden, leading him to now hosting FBi Radio's hip hop show, The Drop.
Saying that the big man has an involvement in the Australian Hip Hop scene would be an understatement. As a part of theOne Day Crew, he has been Spit Syndicate's tour DJ for the past 6 years, as well as collaborating with Horrorshow and drinking heavily with Jackie Onassis. Beyond the crew, he has also worked with Hermitude, Drapht, Urthboy, Illy, Purpose and many more, singing on and writing for some of the biggest songs of the past few years.


‘6am’ is the next chapter in Sunrise Chaser’s saga, which Joyride explains as, “a collection of stories about being 20-something legends on the weekend in Sydney’s Inner West. It explores different genres like a Bluetooth speaker on a bend. It explores the emotional spectrum that exists between Friday and Monday..."