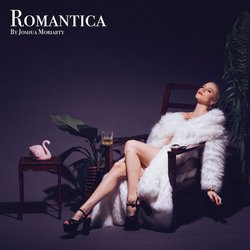 Joshua Moriarty is a member of both Miami Horror & Melbourne alt-rock outfit All The Colours. in September 2017 he released his debut solo record War Is Over.

Moriarty is an artist inspired by the classics, both contemporary and antiquated. He has been in the music industry for over 15 years and in that time has never stopped writing and performing, usually across multiple projects.

In his life as a frontman he has graced the stages of Coachella, Live-Out Mexico City, Breakfest Colombia, Big Day Out, Groovin’ The Moo, Summadayze and lots more he can't quite remember right now..

He is also the host of music podcast 'The Bottom Of It' which has been going for 3 years now and he has candidly interviewed Reggie Watts, Queens Of The Stone Age and Mark Mothersbaugh from DEVO to name just a few.

Always inspired and consistently writing and releasing music, Moriarty is an artist who will continue long into his twilight years.


Piano and cello mixed with gentle electronica, soothing and evocative without being overwrought.