Josh Pyke - No One Wants A Lover 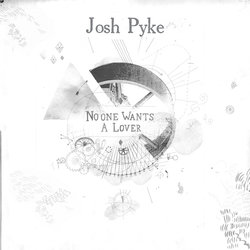 Pyke is a modern-day storyteller whose unique and evocative use of both words and music places him in a league of his own.

Pyke’s breakthrough single was Middle of the Hill, a paean to suburban childhood that struck a chord and catapulted him into the limelight. The track appears on mini album Feeding The Wolves.

Pyke followed up Feeding The Wolves with the 2007 release of his debut album Memories & Dust which hit the ARIA chart at #4. It took out three ARIA Awards, was nominated for a J Award and yielded the singles Memories & Dust, Lines On Palms, Fed And Watered, Sew My Name and Forever Song.

Its 2008 follow-up was Chimney’s Afire, an album that equaled the success of its predecessor and firmly established Pyke at the forefront of music in Australia. Chimney’s Afire debuted at #3 on the ARIA chart, won an ARIA Award and has also achieved Gold sales. Its singles received airplay across the country, and the guitar boat created for Pyke’s Make You Happy video was broadcast all over the world. Pyke recorded and produced the bulk of the album himself.

Josh's new album Only Sparrows will be released 19 August, 2011.


Lead single from the new album Only Sparrows - out 19 August, 2011. Mixed by Cenzo Townshend (U2, Snow Patrol, Kaiser Chiefs)

Other tracks by Josh Pyke: The World Is A Picture  -  Punch in the Heart