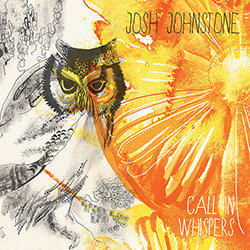 Josh released a debut EP ‘Half a World Away’, 6 track release comprising of live favourites simply recorded and released. The EP took fans on a journey through four particularly eventful years of Josh’s life, both musically and emotionally.

For the past 12 months Josh has been busy in the studio recording his debut album ‘Call in Whispers’ with Eskimo Joe’s Joel Quartermain. Taking cues from the sounds of Boy & Bear, Temper Trap and Bob Evans, and marrying them with the pop sensibilities of acts like Foster The People and Empire Of The Sun, has given him the perfect education to meld rock and pop together in diverse and catchy ways.

Of course the live arena is where Josh shines, with his various acts impressing punters when on the bill for the Big Day Out, Rock the Bay Festival (VIC) and St Kilda Festival (VIC), as well as supporting the likes of Gotye, The Waifs, John Butler Trio, Sleepy Jackson, Eskimo Joe, Shihad, Gyroscope and more. International highlights include playing Positivus Festival (Latvia), IPO (LA, USA), and OrowHaus Festival (Berlin, Germany, as well as unforgettable shows at iconic Los Angeles venues ‘The Viper Room’ and ‘House Of Blues’.


One of the stand out tracks from the album and a live favourite.