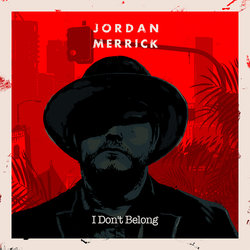 In June, Merrick released 'Low Country' which showed how Merrick has shaped his sound from his folk beginnings into a fleshed-out, full-band sound.

Now, ahead of the release of his debut album, 'Night Music' (out October 25th) is the ominous, slow-stomping single, 'I Don't Belong'.

This is all topped off by the deepened growling-croon from Merrick and pieced together by ARIA winning producer Steven Schram (Paul Kelly).