Jon Stevens - Rain Down On Me 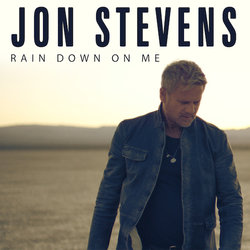 Coinciding with the Hay Mate: Buy A Bale - A Concert For The Farmers concert, Jon Stevens is releasing a charity single, Rain Down On Me, with all proceeds going to help the drought- stricken farmers. No stranger to releasing altruistic music for important causes, the plight of the farmers is something that instantly resonated with Jon. Harking from a small farming community in New Zealand that often had its own differing struggles, he feels an affinity with those on the land.

More than two decades ago, when drought was impacting Australia in a big way, Jon released another charity single, with proceeds going towards the farmers. Fast forward to 2018, and when he was asked to be part of the Hay Mate concert, he immediately thought back to a recent song he had penned - Rain Down On Me - and offered it up to Rural Aid for fundraising support.

"I thought, why not give the song to them and see if they can make some money from it," he says. My mum grew up on a farm, it is still in my family. This is a song for you, from me."


The metaphorical Rain Down On Me is about relationships and adversity - hard times, mentally, physically and spiritually. Jon hopes lyrics like this land, this sacred life, will live and breathe again, there's a rainbow coming down, to wash away our sins, gives a positive outlook when listening to the song.