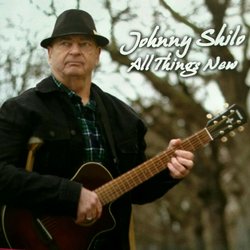 Johnny is an experienced versatile international recording artist singer songwriter specialising in performing Rock n Roll country classics from the 50's-80's and his own original songs.

From a very young age Johnny has always been passionate about entertaining.He turned professional at the age of sixteen playing solo /duo and in various bands and still does to this very day preforming in a variety of venues such as cruise ships,AFL and VFL football Clubs,hotels RSL'S, several Country Music Festivals, farmers markets, community and charity fund raisers, private and corporate functions, senior citizen clubs, house concerts/parties, nursing homes and motivation sessions.Johnny is happy to provide entertainment to anyone who enjoys his kind of music.

Johnny's versatile deep clear timbre voice also blended with his rhythm guitar playing is proving to be popular with audiences of all ages.

Johnny has released four albums, some being recorded in Nashville Tennessee USA and some in Melbourne Australia. The last being all original songs. The Album title *All Things New* and the single taken from this Album is *Never Make You Cry* Lyrics penned by Marion-Juanita Shilo. Johnny hopes the listeners enjoy it as much as he does performing it.


This track *Never Make You Cry* came about as he was working on a project (being his latest album) *All things New* collaborating with Marion-Juanita Shilo writing four of the songs and so her first time having her song's recorded and Johnny's first time composing the music. Marion and Johnny have been complimented as to be a great songwriting team.