Johnny Cyrus and His Band of Ghosts. - The Road To God 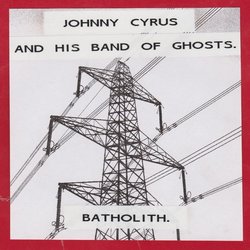 In June 2016 Zac Mitchell met Toni Russo who partnered up as a guitar duo intending to play shoegaze influenced guitar drone based upon Americana music (Earth 'Hex', Ry Cooder 'Paris, Texas'). They began rehearsing for a show Zac had booked. At this show in August 2016, an improvised soundtrack to the original film 'Nosferatu', the duo were joined onstage by Josh Dawson. The 3 mutually asked to form a full band.

Johnny Cyrus and His Band of Ghosts. have always asked a free blending of music influences from band members. While the influence of latter-day Earth is apparent, expect motifs taken from Slowdive, Mayhem, Kayo Dot, early Sonic Youth, Khanate, Garage Psych and Blue Note that adhere to british folk revival ideas with a well- defined bent towards stoner/sludge.

Only Deaf Is Real.


'The Road To God' is one the band's oldest songs, having been written decades before the band was formed. The track is a beautifully cyclical and hypnotic work of cowboy drone, building to a dark and euphoric elongated climax.

Other tracks by Johnny Cyrus and His Band of Ghosts.: Batholith
%