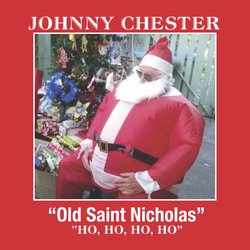 Fondly regarded as a veteran of the Australian Music Industry, Johnny Chester has recorded his music every year since 1961. As a touring performer he has played in almost all major cities and most smaller towns in Australia. He has hosted his own television shows, his own radio shows and worked in the areas of TV and record production, booking agency, played drums in his own band and written some of Australian country musics most loved songs.


A brand new song from country legend Johnny Chester, just in time for the holiday season.