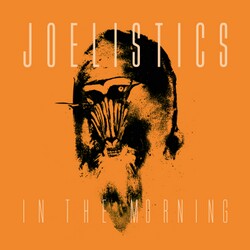 Joelistics has earned the title of being one of Australia's hip hop innovators. A rapper, song writer, musician and producer, his work is respected by music lovers and critics alike and has seen him through a career spanning 12 years. Central to his identity is a mixed race heritage that he quotes as an influence on his philosophical outlook and approach to fusing disparate ideas between styles and genres.

Originally growing up in the inner West of Sydney, Joelistics moved to Melbourne in 2001 and has since become a restless resident of multiple cities moving between Sydney, Melbourne, Berlin, Paris and Beijing over the last four years.

He has released 4 acclaimed albums with TZU and in 2011 put out his debut solo record 'Voyager'.

'In The Morning' is the exciting first taste of his brand new album Blue Volume, out in June.


‘In The Morning’ is so much more than a leftfield indie rap anthem. Drawing on influences from ‘80s- era English post punk and ‘90s grunge through to hip hop, the MC, producer and singer offers us a ride into his trademark excursions into the human psyche.