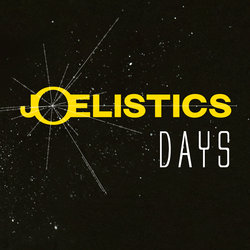 In 2002 Joelistics founded TZU alongside Count Bounce, Yeroc and Pasobionic, signing to Liberation records the same year. Earning their stripes on the live circuit, TZU built a solid reputation on the back of their up-beat party rhymes, joining acts like The Herd, Hilltop Hoods and Bliss n Eso, as a vanguard of the second generation of Australian hiphop forging an identity both artistically and commercially.

After three ambitious records, multiple award (AMP, J Award) nominations, countless festivals and tours, TZU decided to take a breather. Joel embarked upon another voyage, living in Shanghai and Beijing; travelling through Mongolia; and eventually settling in Paris for six months. In between writing for online travel sites and teaching English, he began work on his debut solo album, Voyager.

Armed with a laptop, he wrote all the music on old headphones whilst riding the Trans-Mongolian railway, transiting through airports; and a winter in a one bedroom flat in the Montmartre district of Paris.

In 2010 he returned to Australia and moved between Sydney and Melbourne putting the final touches on the album, inking a deal with Elefant Traks in early 2011.


Joelistics first single ‘Days’ is an uplifting post-travel come down jam: a celebration of doing what you love, only truly realized once it’s questioned.