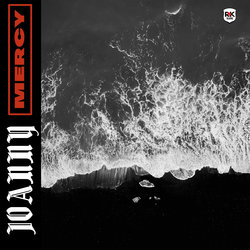 Joanny's love for songwriting, singing and performing started at a very early stage where he would sing in the church and school, with his early stages of songwriting, composing and writing reggae and gospel music which he would perform for his then huge audience - His Mum.

Music strengths include songwriting and vocals, as well as music production. His favourite musical instrument is the piano, which he developed his love for when his mum bought him his first piano at age 9, as a reward of his great academic results.

As a result of his migration to Australia in his early adult years, Jo was faced with the challenge of adapting to a new environment and starting all over, but that never stopped him from writing and creating music, setting up a bedroom studio.

He has proven to be touching base with his home fans and has a vast following in Africa, Nigeria precisely, and this has landed him airplays on major TV stations such as MTV Africa, Soundcity Tv and Hip Tv, multiple Radio stations including Soundcity Radio, MetroFM Lagos, and Rhythm Fm, as well features on major entertainment blogs such as Tooxclusive, NotjustOk and Pulse news.


After a successful release earlier this year of ‘No Emotions’, garnering the attention of taste-makers such as Triple J, Beats 1 and MTV in Australia, Joanny has blessed us with the release of ‘Mercy’.

Mercy shows the emotional side of Joanny. Teaming up once again with his Producer Valentino, the grave tempo, reggae influenced beat captures the mood and sub-text.