Jinja Safari - So Much 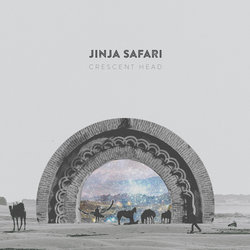 In January 2016, one of Australia’s most loved and prolific indie-pop artists, Jinja Safari, announced that they would be calling it a day. Today the band is proud to finally announce the last record will be released via a two-part series titled ‘Crescent Head’.

Marcus Azon and Pepa Knight first formed Jinja Safari in 2010 after meeting in NSW Crescent Head and played their first show to family and friends in a forest on the NSW Central Coast. In the following months they would take out the prize for triple j Unearthed’s Splendour In The Grass competition, which was largely responsible for launching their career.

The quintet went on to sell out numerous headline shows and performed at several mainstay local and international festivals including The Great Escape, Big Day Out, Falls Festival, Splendour In The Grass, and Bestival in the UK. After taking some time out following the release of their debut 2013 album, the quintet re-emerged in 2015 to play what would be their final shows.

In the coming weeks, Jinja Safari will release Crescent Head: Part one (17 August) and Part two (24 August) independently and will be available through all good digital retailers.


‘So Much’ is a beautifully arranged melancholy number, driven by emotive and uplifting anthemic choruses, furthered complimented by its eclectic verses layered with string arrangements, sitar, glockenspiel and gorgeous harmonies. The group has also pieced together an endearing accompanying video capturing the last six years of their impressive career.