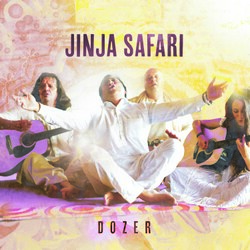 Jinja Safari isn’t just a band: it’s a way of life. “Because we’re so heavily influenced by world music it was important for us to visit places, and reflect as much of that back into our music,” says Marcus of the album’s focus. So over the past 18 months, Marcus and Pepa travelled to India, Cambodia, Indonesia, the UK, the US, Germany and Canada for inspiration – and, of course, Uganda, home to the town which inspired the outfit’s name. “All of those places were a really important part of creating this album,” says Marcus. “We wanted it to be authentic – not just an outsider’s perspective. There’s a lot of stories here.”


“Hopefully we have captured that same liberating, exciting feeling that we experienced on our travels,” Pepa says of the finished product.

Other tracks by Jinja Safari: Mombassa on the Line
%