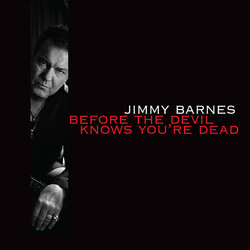 Jimmy Barnes has been there and back. He's tasted glory as the most successful Australian rock & roll singer. He's also struggled with the pressures of being a tall poppy and he's wrestled his own demons. It's been a wild ride.

Within a month of Cold Chisel finishing, Jimmy Barnes was on the road with a new band (1984) and soon released his first solo album, Bodyswerve, and it entered the charts at #1.

With more than 20 album & DVD releases to his name - Jimmy continues to be rock fans in Australia and worldwide.

In 2009 came the Platinum selling album prequel to Soul Deep, The Rhythm and The Blues, and with this Jimmy Barnes racked up his ninth #1 solo album.


It’s a love song for Jane”, says Jimmy. “It’s about the differences because we’re polar opposites, like cheese and chalk. But at the same time we complement each other; we fill each other. And that’s what God or Money is about"

Other tracks by Jimmy Barnes: Before The Devil Knows You're Dead  -  Largs Pier Hotel
%