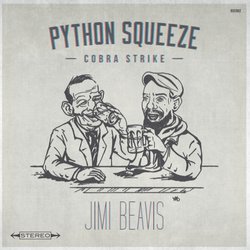 Jimi Beavis’ music is a sweaty palm on a hand raised in praise. Praise of blues and roots greats, connected to a funny bone of contemporary, emerging, work. That hand clasps a rough brandy or a bitter long black coffee while the other clasps a harmonica tight.

With festival appearances such as Queensland Festival of Blues, Brisbane Blues Festival, Blues on Broadbeach, Brisbane Fringe Festival, Woodford Folk Festival and the Australian Festival of Blues under his belt, Jimi Beavis is no stranger to a whopping, hollering, crowd. He’s expecting no less on the Python Squeeze, Cobra Strike Tour as it snakes its way down the east coast.

“This songwriter… has certainly immersed himself in the pure stuff.” The Courier Mail

"Classic grooves, brilliant playing, fun songs and rustic delivery …would certainly inspire a good many people to go and check him out live." The Music


‘The Butcher’ is the sultry companion piece to ‘Python Squeeze, Cobra Strike’ – a slightly steer away from Beavis’ releases No Need To Deny It [2011], Stripped [2013] and Gentleman Giant [2013/2014], instead inspired by a cache of material deemed “not blues enough” for the previous records.