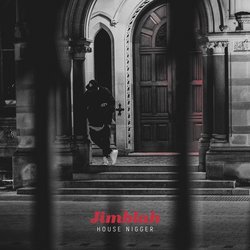 Disclaimer: Amrap's presentation on AirIt of this song's title has been censored. The track itself, however, will use this language, and Jimblah will be communicating about the release using the full title.

Jimblah is a producer, MC and vocalist based in Adelaide, Australia. Hailing from the Larrakia Nation in Top End Northern Territory, he is influenced by a wide range of different artists and genres, his main passion being hip hop.The most striking thing about Jimblah is not his ability to sing, rap and produce beats, it’s the eyebrow-raising fact he does them all so well. His flow alone outshines most MCs, but his tone and singing style are so memorable, so drenched in soul, it’s music for the heart. Then consider his signature dusty, chopped-up melodic productions and you begin to understand Jimblah is truly a special talent.


Conceptually, the track addresses the problematic situation that many First Nations people experience by being within the discussion but at the same time being apart from it. Jimblah elaborates, "Ultimately it's about decolonisation - spaces and minds, not just the spaces we operate in physically."