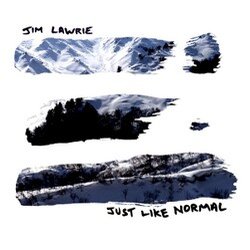 Jim Lawrie cut his teeth in the Australia’s music scene drumming for bands for about ten years, Now under the moniker of Grizzly Jim Lawrie, he has stepped out from the behind the kit to showcase a signature style of sincere songwriting.

Lawrie’s new project, featuring members of New Gods, Buckley Ward and The Toot Toot Toots (Twin Beasts), is a significant departure from his previous guises. Inspired by the sound of artists such as Bon Iver, Kurt Vile and Townes Van Zandt, Lawrie’s songs are sonically varied and rich; ‘that lovely, laconic sound which makes you melancholy in the best kind of way’ - Ltd News.

Lawrie released his debut LP ‘Paying My Debts From The Grave’ in November 2012 which was widely praised and supported by a loyal fan base. Lawrie’s 2013 single ‘Midnight Run’ was a steer away from the acoustic realm and sparse imagery of the first album and a steadfast venture into pop-rock territory. With a sophomore album in it’s planning stage, Lawrie states that this is the future musical direction the band is working towards.


New single off the anticipated sophomore album, this haunting, steady track is a whole new sound for Jim Lawrie. With a huge build up and positive message, Just Like Normal is an anthem which encourages the listener to question normality.