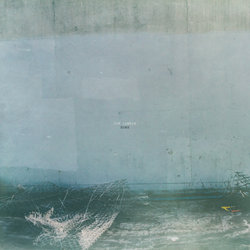 Jim Lawrie cut his teeth in Australia’s music scene drumming for a number of bands; touring Europe with Eagle and the Worm and sharing the stage with some of Australia’s finest. Under his own name, and no longer behind the kit, Jim has begun his journey as a solo artist, developing his new career with undoubtedly sincere, honest, relatable and inspiring strength behind his song writing.

After releasing a string of acclaimed singles and making festival appearances at Falls and Southbound festivals, Jim Lawrie returns in 2015 with a four piece band and new album “Eons”, out through Barely Dressed Records and Remote Control. Eons showcases a songwriting gem – an artist transitioning from his previous incarnation as a folk singer-songwriter into a purveyor of soaring alt-country rock 'n' roll that takes cues from songwriters and bands like Tom Petty and Fleetwood Mac - or more recently Ryan Adams and The War On Drugs.

Jim has a trademark vocal purity; melodic, harmonious, warm and human - one of the most distinctive voices in Australian music. With a new album out, and another under away, Given the momentum building behind Jim’s career, 2015 will be a big year for the band.