Jill Beth - Let You In 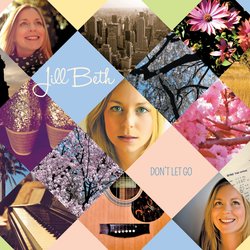 Performing with commitment and vitality comes naturally to this singer songwriter who has known singing to be part of her life from the time she could speak. Jill began learning guitar as a small child, later adding piano to her repertoire as her song writing skills began to flourish. Music genres such as Country, Folk and Pop all get bantered around when describing Jill Beth’s sound.

'Don't Let Go' (release date 28 January 2014) is a collection of 6 original songs featuring Jill's insightful lyrics and captivating voice. She commits memories and stories to song in a way which deeply moves her audience and has developed a songwriting style that is uniquely her own. The first single 'Let You In' a fitting debut for this emerging singer songwriter.