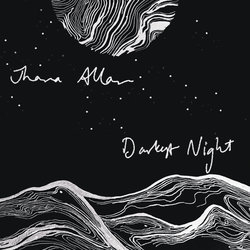 Jhana Allan was born in Hobart, and grew up in Rocky River, northern NSW. She grew up listening to her mother's CD collection of folk greats such as Bob Dylan, Joni Mitchell, Joan Baez and k.d. lang. She started learning violin around 5 years of age, and later on started piano.

She studied classical violin in Hobart and Melbourne, then left the classical music scene to play in bands. She played in folk/punk band The Willie Wagtails and joined gypsy/dance band The Woohoo Revue which took her on a European tour in 2014, a highlight of which was playing at Glastonbury Festival in the UK.

Whilst in Melbourne she started a Balkan band called Rosenstein, as well as a long-standing collaboration with Darwin singer, Alice Cotton.

Her most recent solo project sees her playing in a stripped back style, predominantly on mandolin, and occasionally fiddle, viola and piano. Her clear and emotive vocal style has been likened to a 'young Kate Rusby' . Her songs are lyrically raw and honest, with an old-time feel.


Don't Look Back is a travelling yearning song. Includes instrumental sections written by Jan Wozitsky (of the original Bushwackers band).

Other tracks by Jhana Allan: The Hills  -  Darkest Night
%