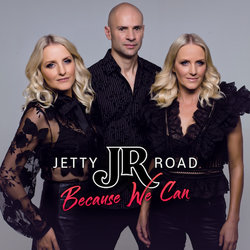 Jetty Road is a band with a story to tell.

January 2019 marked their 14-year anniversary together, a milestone rarely seen within the industry today. It’s easy to see the progression from their humble beginnings at Australia’s Tamworth Country Music Festival in 2005, from busking on Tamworth’s famous Peel Street to winning Golden Guitar Awards.

After returning from Tamworth in 2005 it didn’t take long for the group to start racking up some credentials. A chance meeting with Australian country music legend James Blundell turned into an 18-month tour as his support act that provided the band with exposure across Australia.

A decade+ on this talented trio are now stars of Country Music in their own right and they’ve traveled the world doing Australia proud during numerous international tours and major North American festival appearances.

The trio has also won a multitude of awards and accolades along the way with two Golden Guitars (CMAA), an APRA Award nomination, five Southern Star Independent Artist of Australia Awards and more than 10 number one charting songs to their name.


Lines, marks, scars – they all make up your history, of who you are and where you’ve been. In a world constantly seeking perfection, people seem to want to erase it all. A song about learning self-acceptance. There’s beauty in imperfection.