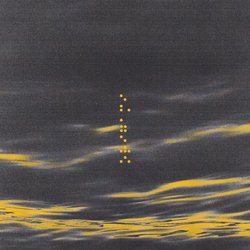 Israel Amoy, or ‘JETHRO’ to his wider audience, is a 28 year old artist / producer hailing from Adelaide, South Australia.

From a young age, Israel was often found dabbling in some form of music; whether it was thrashing the church drums, learning three blind mice on the recorder, or ‘M-bopping’ along to the latest Hanson release. At the age of 12, Israel’s parents bought him his first guitar and his father taught him a few chords. From there, he delved into the art of musicianship and later became a multi-instrumentalist.

Utilising his unique talents, he then joined Australian band Lynk (formerly At Sunset) as their studio and live session drummer, guitarist and co-producer/songwriter.

At the same time, Israel taught himself the tools to produce music from home, and after countless tutorial videos, got quite good at it too.

Now, Israel is ready to show the world what he has been carefully crafting in the studio as Jethro. Blending alternative sounds of indie and electronica, Jethro is ready to hit the road and show his fans exactly what is they have been missing out on.


Origami is about the emotions felt when a loved one is away for a long period of time and their return home is eagerly awaited. More broadly, it can relate to the concept of waiting for love to arrive and emotions being folded like ‘origami’.