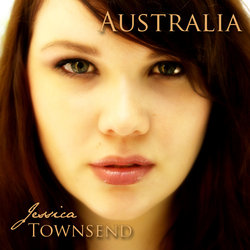 Jessica Townsend is a powerful and gifted singer / songwriter who has already achieved much. From a young age she won talent quests, awards and became a highly sort after anthem singer and corporate performer.

Jessica began working and co-writing with award-winning producer Duncan Wood and the magic born from this collaboration created a style and sound that is completely unique.

After a sabbatical in the UK, Jessica is now home in Australia and back in the studio with Duncan. Her debut album “Photograph” is due for release later in 2012. Her first single “Adelaide Road” proved popular on country radio and iTunes and her stunning new single “Australia” is sure to capture the hearts of all proud Australians.

Highlights of 2011 included performing seven shows with label-mates Dane Sharp, Caroline Taylor-Knight and Duncan Wood and the Touchwood band at the Tamworth Country Music Festival for the second year running, the Logan Unites 4 Lockyer Benefit Event, and Urban Country Music Festival. Jessica is back in Tamworth this January with many more shows to come. She will also be working on several film clips in the coming months. Jessica is a stunning talent and one to watch.


Australia is the stunning and powerful second offering from Jessica Townsend following her popular debut single Adelaide Road. Written by Jessica and producer Duncan Wood, Australia is sure to stir the national pride in us all and is the perfect anthem for Australia Day.