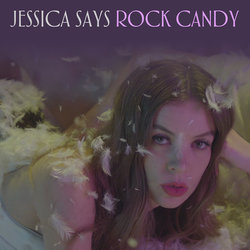 Melbourne pop noir artist Jessica Says releases her long-awaited second album Do With Me What U Will in May 2017
Jessica's debut album We Need To Talk was released in 2009 to critical acclaim (including album of the week on Radio National), but the following year Jessica fractured her spine and pelvis falling from a first-floor hotel window. Inspired by the treatment during her two month recovery in hospital, Jessica studied to become a nurse, and now works in a Melbourne hospital. Do With Me What U Will is Jessica's first new album since her recovery.
Jessica has worked on the new album with Melbourne moody electronic auteur Darcy Baylis, longtime collaborator Geoffrey O'Connor (Crayon Fields) and Travis Cook of Sydney duo Collarbones. First single Fairest Of Them Wall emerged in October 2016 and was Single Of the Week in Beat Magazine.

Do With Me What U Will is coming out on vinyl and digital on Chapter Music in May 2017.