Jessica Robinson - Giving My Heart Away 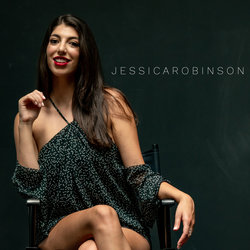 Jessica is a 22 year old singer/songwriter from Melbourne, Australia. She has spent her entire life performing on stage and has been writing her own material since she was 12.

Her love for country music comes from her parents introducing her to bands like The Eagles, Bon Jovi, Fleetwood Mac and The Bee Gees to name a few. Then as she discovered artists like Keith Urban, Carrie Underwood and Taylor Swift, writing country music only came naturally as she was growing up. It was her love of story telling that really drew her to the genre.

That love of storytelling placed her in the top 20 of the Listen Up Australia songwriting competition in 2016, with a second of her songs placed in the top 30.

In 2018, Jessica had the opportunity to jump in the studio in Nashville to record her debut self titled EP. She worked with incredible musicians who tour with Tim McGraw, Blake Shelton and even Olivia Newton-John.

Her debut EP peaked at #39 on the iTunes pop charts in Australia and country radio has taken her songs all over the country.

She was recently named artist of the week at radio in the Netherlands.


Giving My Heart Away is a song about a confusing relationship. It's the story of the beginning of a love story, when you don't really know what stage you're at and what you mean to the other person. It's the fear of not knowing what the other person is feeling when you know that you're giving your heart away.

Other tracks by Jessica Robinson: Doing It All Wrong  -  Anyday OK
%