Jess & Matt - Know About You 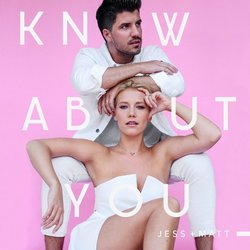 Fast becoming fan favourites on the 2015 season of Australia’s X-Factor, which saw them land the grand final eventually placing third, Jess and Matt swiftly landed a deal with Sony Music. They released their self-titled debut album that earned the pair their first Australian ARIA Chart number 1. The following year they returned with a new single, "Bones".

In January 2017, they partnered with Destination NSW to release their third single “Sydney To Me” on the steps of the world famous Sydney Opera House. It also became the soundtrack to Sydney’s tourism campaign and was the lead track from their 2017 EP “Belmont Street”.

In 2018, they released their second album “Songs From The Village”, which debuted at number 2 on the Australian ARIA Charts and featured duets from Chris Isaak and Rick Price.

The pair’s intrinsic songwriting ability has seen them spending time in Nashville, Tennessee working with an impressive list of industry heavyweights. Recently recognised globally as finalists in the prestigious Vanda & Young Global Songwriting Competition with entries from 48 countries, their unique sound shows influences of folk and contemporary country whilst all based around the pairs lush harmony driven acoustic roots and songwriting.


Written and recorded in Nashville, "Know About You" is a quirky pop-country 21st century love song sharing the real-life story of Jess & Matt's pre-relationship social media stalking from their alternate perspectives. This track is a playful, feel-good and infectious summer pop anthem.