Jess Ribeiro - Hurry Back To Love 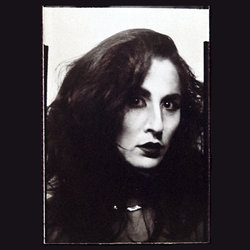 No stranger to critical acclaim, Ribeiro’s 2012 debut, My Little River, was awarded ABC Radio National Album of the Year, Best Country Album at the 2012 AIR Awards and was shortlisted for the prestigious Australian Music Prize. The newly anticipated album - recorded in collaboration with Mick Harvey (Nick Cave & the Bad Seeds, PJ Harvey) and mastered by Mikey Young (Total Control, Eddy Current Suppression Ring), is representative of a departure from Jess’s folk-country roots.

Jess had the idea of working with Mick while travelling through the Moab desert in the States. This record sees them explore new territory together. “I thought my guitar was haunted and had a break down in Denver so I decided to catch a plane to New York city. Surely I could find Patti Smith, get some advice and talk to her about life and poetry. A song started playing in the car, one Mick had worked on as a producer and I thought after I speak with Patti I’d go home to Australia and write a letter to Mick to see if he’d work with me."


‘Hurry Back to Love’ is a highlight from an album that contrasts Ribeiro’s remarkable voice and her natural disposition for melody against the foreboding undercurrents of her band and producer Mick Harvey.