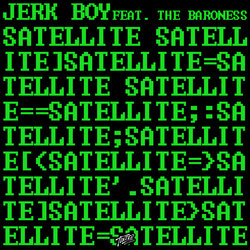 The moniker of Sydney DJ & producer Adam Stivala, Jerk Boy is one of Australia’s most familiar faces on the club circuit. Well versed in the quirks of low slung house music, Jerk Boy is a tastemaker at grass roots, and a stand-out amongst his peers. Also flying under the radar as one half of tech duo Jack N Jerk, together united in a mission to create not only dance music, but dance-art.

Over the last 5 years, releasing originals across a slew of renowned dance labels including Refuge Recordings, Medium Rare Recordings, and Clipp.Art, Jerk Boy continues to impress releasing his debut EP ‘With You’ on Club Sweat. All of which has seen support from the international music community flooding in from the likes of The Black Madonna, Claptone, Doorly, Weiss, Fatboy Slim, Groove Armada, to name a few.

Having played some of the most iconic parties in town, including a recent set at Sydney’s Glitterbox alongside industry icons Todd Terry and The Shapeshifters, plus regular appearances as at LNDRY, Taylor’s Rooftop, and Good Bar, Jerk Boy always knows how to turn it on.


Jerk Boy has graced the Sydney scene with his fresh take on house music and now the producer has teamed up with fellow Sydney vocalist, The Baroness for their release on Tinted Records ‘Satellite’. The track seamlessly blends a classic RnB vocal with jazzy synths, to create Jerk Boy’s signature house sound.