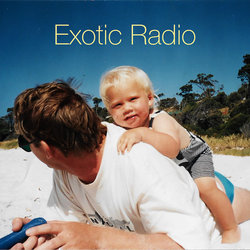 Je Bahl is an up-and-coming act out of Tasmania releasing his island funk on the world. His playful approach to dance music is a warm mix of house, funk and electro, whilst referencing textures straight out of Wildflower - The Avalanches.
​
He first made waves in December 2017 charting at 2 and 3 on the Triple J Unearthed Dance Charts with ‘Back on School Dirt’ and ‘Preacher Gon’ Holla’ (demo cuts ‘Exotic Radio’). After receiving significant appraisal from local music industry folk, Je Bahl released his first single ‘Coney Island’ alongside a wild music video capturing the attention of Triple J’s Declan Byrne and Pilerats Music Magazine.

Je Bahl features as the sound for 2018’s Junction Arts Festival (TAS) premiering an original composition in collaboration with LC dance students, Roller Debry roller-skaters and Virginia Ferris (choreographer - known for her work in Sydney Mardi Gras) in a live music and dance spectacle. ‘Roundabout’ a cheerleading, roller skating and live music extravaganza will be running every night in the first week of September, Wednesday 5th – Sunday 9th.


What's Happenin' is a hard hitting Afro-House track featuring thumping bass-lines and wailing distorted guitar riffs. It's thunderous four-to-the-floor structure forces your body into motion, whilst intricate percussive sections keep you on your toes and forever guessing. What's Happenin' is a first and fifth type listening experience, getting more out of it each time.

Other tracks by Je Bahl: Back on School Dirt  -  High up in the Heavens
%