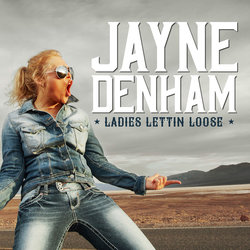 With her ability to tell a story that captures the imagination, Jayne has scored three #1 hits in Australia, six top 10 songs in the National Country Charts, 12 videos that have reached the Top 30 as well as six Country Music Channel (CMC) and two CMAA Golden Guitar Award finalist placings.

The rapport she has with her audiences is evident in the chart positions she continues to snag, with her latest album, Calamity, reaching #4 on the iTunes Country Albums Chart, the first two singles, Stacks and Calamity, featured in the top 5 on the Australian Country Tracks Chart, and the single, Calamity, also reached the top 10 on Kix Country Radio.

The Australian artist recorded Calamity in the home studio belonging to Jay De Marcus of Rascal Flatts, who played bass on the album. Jayne has released four albums Sudden Change in Weather (2008), Shake This Town (2010), Renegade (2013) and Calamity (2018). The single, Chick Ute, from the debut album Sudden Change in Weather charted at #2 in Europe and Norway, #4 in Italy, #5 in the Netherlands and Denmark and #12 on the European Country Music Association Chart.


'Ladies Lettin Loose’ is the new single by country rock powerhouse Jayne Denham. This sing along party anthem is for everyone, but especially for all those girls that work too hard and need to let loose. With that good dose of country soul that’s sure to get you up dancing the night away, its time for the ladies to let loose.