Jaymee Franchina - Next To Mine feat. Alina Renae 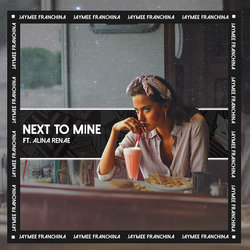 A school teacher by day, Franchina’s music career kicked into overdrive from his debut project, which earned him a co-sign from electronic royalty Flume. The release, mash-up compilation album B.I.G. Flume, racked up over 5 million downloads worldwide, and received over 100 million plays online. The record was lauded on taste-maker station triple j as a creative party project.

The fire from this debut project invoked Franchina’s thirst for musical fulfilment. His next project saw him breach the party mash-up world and introduce a visual element, birthing the Franchina Audiovisual Party Experience. This live set, which earned him slots across Australia and South East Asia, captivated audiences as an immersive pop culture experience, fusing both modern and timeless hits into an inimitable visual experience like no other.

Although drawing his biggest influencers and idols from Dr Dre, Flume, Diplo, DJ Snake, Cut Copy & The Kooks, Jaymee Franchina doesn’t imitate. His tracks are mesmerising and adventurous - whilst boasting strong hooks, melodies, and captivating sounds that have seen him hand-picked to perform at the likes of Australia’s biggest music festivals past and present including Listen Out, Groovin The Moo, Stereosonic, Future Music and Southbound.


Now on the cusp of releasing his debut original project, Jaymee is ready to share the first single, entitled “Next to Mine”on August 16. Collaborating with Chicago artist Alina Renae, the track features soothing melodies, and a captivating sound that addresses all tastes of music listeners worldwide.