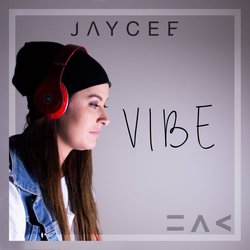 JayCee is Brisbane’s newest independent Hip-Hop artist to shoot up and out into the scene. While laying dormant from the public since forming in 2012, they have gone ahead and written, prepared and produced an entire debut album titled, ‘Identity Thieves’.

Josh Cranstoun (JayCee), the lyric-smith with quick deliveries and intricate rhymes, works over John Dalgity’s (Baptist) laid back beats and crystallising keys. JayCee’s passion is words. These lyrics reveal his life in an organic way, showing how minor moments have played significant roles when embraced. This is a fundamental theme that instinctively directs his goals.

The release of JayCee also cuts the red tape on their own independent label, Oak Records. With no lack of motivation behind the two, they are inspired to help the craft of other artists out there. Later this year other artists taken on by Oak Records will be announced.

JayCee’s first official release ‘Vibe’, released February, sets the tone of the album with Naomi Rigby featuring, who also makes a number of appearances throughout the album. She is quickly becoming a very important part of OAK records and JayCee and has been developing her own following of loyal supporters.


'Vibe', as the title suggests, is a relaxed track that sets the tone for the upcoming album 'Identity Thieves'. The smooth keys and laid back kit are a platform for JayCee’s fast deliveries and Naomi’s charm, creating a track that explores small moments, that most Aussie youth could relate to.

Other tracks by JayCee: The Iconic