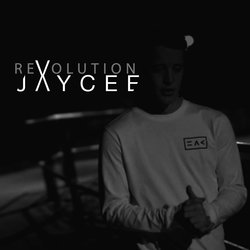 It was Summer 2015 that JayCee surfaced with his debut release ‘Vibe’ that was the start to a huge year releasing a multitude of content from his first single to lyric video clips to his album ‘Identity Thieves’ that was released in September, 2015 where he was said to be:

Since the release of his first film clip for ‘Control’, (filmed in Iceland by his very own brother, Thomas Cranstoun) which was released in February, JayCee has been collaborating and performing with an array of Brisbane artists.

Although there has been a lull in releases (one year and one week to be exact), it has ultimately been time to for JayCee to build his presence in the hip hop community and to put together a mixtape which will be released at the end of October.


Remaining true to his style and form of spacious, minimalistic beats with the focus bound around his formidable lyricism, JayCee expresses his journey about coming to terms with the artificial elements of life including computers and social media for building a career.