Jason & The Lyrebird - In A Tee Pee We Shall Lay 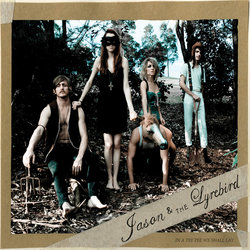 Jason & The Lyrebird is a five (sometimes six) piece arcane independent pop band from the inner suburbs of Sydney.
Formed in mid 2010 the band played a hand full of shows before hibernating over the first half of 2011 to record their debut EP "In a Tee Pee We Shall Lay", utilising everything from toy instruments and hand percussion, to a Wurlitzer Piano & the more traditional, Guitar, Drums, Bass and Synths.

Jason & The Lyrebird is an epic battle between dark and dirty with a quirky twist of all things nice & yet at the core of it is a desire to uplift, provoke thought & infuse the listener with joy.

Inspired by the likes of George Harrison, Bowie, Talking Heads to modern contemporaries like
Modest Mouse & Dead Mans Bones, Jason & The Lyrebird’s debut EP is available now through iTunes & on Compact Disc via the bands shows.

The band has launched into pre-production on their first full length album, due for release mid 2012.


Written in seclusion far away from the hustle & bustle of the city streets in the inspirational Blue Mountains, NSW. A Song about sharing journeys. The Acoustic Guitar was recorded onto an iPhone 4 inside a Teepee whilst snakes & native birds roam & sing in the surrounding bushland.


Other tracks by Jason & The Lyrebird: Love You Like A Radio  -  Out Of Fashion