Jason Carruthers - Storm On The Mountain 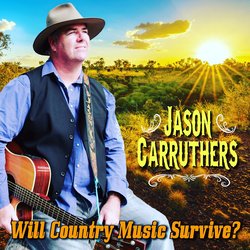 There's an old saying that country music artist Jason Carruthers lives by, "write a song and sing what you know"........

From growing up and living on the land Jason knows what Australian country is all about. Having just penned his first album "Australia the land of extremes" Jason is making his mark in Australian country music being a sort after artist for the traditional ballad style of music.

His music is traditional yet fresh and modern at the same time. With this type of style Jason has taken out many talent quest awards.

Jason has a distinct country sound along with the sound of his backing band. Jason has also had the privilege to play along side fellow country music stars; Graham Rodger and Slim "redback" Newton.

Seeing Jason live with his music paints so many wonderful stories and pictures, pictures of where he was raised on farms around Lambs Valley and Dungog come to mind.

Jason's country music career as an artist without doubt is going to be one to look out for.


How devastating a drought can be.

Other tracks by Jason Carruthers: Kokoda With Your Mates