Jasmine Rae - Eggs In A Basket 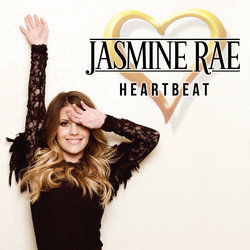 Jasmine Rae is becoming one of Australia’s most admired vocalists, songwriters and performers. She is a three-time ARIA Awards nominee and is the only female solo artist to ever win the prestigious CMC Oz Artist of the Year Award, as voted by Australian Music Fans.

Jasmine has been recognized internationally, winning the 2013 CMA International Artist of the Year award and being named a finalist in the 2016 International Songwriting Competition.

Locally Jasmine has ten #1 Australian Country Singles to her credit, including the title track of her critically acclaimed new album Heartbeat, released through ABC Music/Universal Music Australia on May 15, 2015. Her single with Picker also charted in the US iTunes Top 20.


The quirky and incredibly unique track from the two-time CMC Music Award winner was written by Jasmine and fellow Melbournian songwriter Clive Young and received international recognition earlier this year when it was named as a finalist in the International Songwriting Competition.

Other tracks by Jasmine Rae: When I Found You