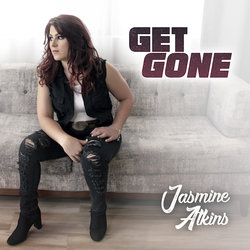 Jasmine started performing at the age of 3, teaching herself to read music and was even writing songs by 8. Graduating from the Academy of Country Music in 2015, she was hungry for success. In February 2015, Jasmine was awarded the WA Country Music Award for Songwriter of the Year. She also won the 2016 CCMA National Talent Quest and competed in the Trans-Tasman Entertainer of the Year Competition, taking home the Most Promising Artist title.

2017 kicked off with three WA Country Music Award nominations, and June saw the release of Jasmines debut video clip Sun Will Come Out Again. The video has reached over 31,000 views on social media.

Finishing the year off co-writing with Kirsty Lee Akers, Matt Scullion, Troy Kemp, and Kristy James and began 2018 with the launch of her event Storytellers at Tamworth CMF.

Atkins sound draws influences from the likes of Kasey Chambers, Keith Urban and Carrie Underwood, translated into her raw and personal live delivery and the latter half of 2018 sees the release of her new single, Get Gone.


Get Gone, co-written by Atkins with GG winner, Kirsty Lee Akers, features the strong, raw vocals of Atkins and distinctive production stylings of Michael Carpenter. It's the first single to be released since Atkins’ debut EP and single in June 2017, and demonstrates her evolution as an artist, showing how much she has grown in the past 18 months.