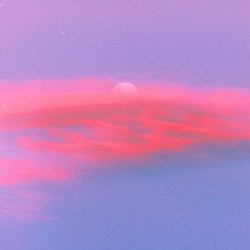 Japanese Wallpaper originated after Gab first composed a string of songs in Garageband at the age of 15. After one of the tracks won triple j’s 2014 Unearthed High competition, Gab’s career was cemented: music was his destiny. While finishing high school, he worked on his 2016 self-titled-debut EP. The EP went onto amass over 20 million streams and featured the likes of Airling, Pepa Knight, Wafia, Jesse Davidson and remixes from Yumi Zouma, UV boi, Elkkle, Anatole to name a few.

Since the release, he has produced music for the likes of Mallrat, Holy Holy, Wafia, Eilish Gilligan, swim good now, Bec Sandridge and Allday, and gathered fans such as Flume, Gotye, Lily Allen, Nick Murphy, Rostam Batmangjil and Charli XCX who he remixed 'Need Ur Luv' for.

A festival favourite, Gab's appeared on stage at Splendour in the Grass, Laneway, Secret Garden, The Plot, Beyond the Valley and more.


Lead single 'Imaginary Friends,' explores the tender emotions of late teendom and early 20s turmoil. As he validates the mundane, no emotion is wasted. “None of the things are about massive changes or massive terrible things that happened, or big breakups,” he says. “It’s all songs about little things and it’s also fine to be affected by little things.”