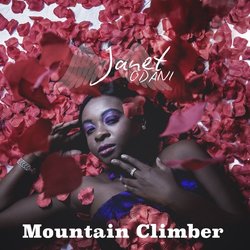 A keen music lover from the very beginning, she wrote her first song as a young girl at the tender age of six. She was also an enthusiastic part of musicals at schools, as well as choirs. Passion stemming from such an early age cannot be curtailed, and so as the years have gone by, she has worked on developing her own unique style of music.

She released her debut album, Transparency, in 2013. This was a rich blend of both inspirational songs and love songs that was well received for its soulfulness.

October 2016 saw the release of her single Significant Mistake, after which she was featured in American Pride Magazine. Then in 2017, she released her second album, Mismatched Planets, which was noted for being the work of a talented songwriter.


Mountain Climber is a celebration song I wrote after working so hard towards a challenging goal. There is really is a different view from the top and you suddenly realise all the lessons you learnt along the way in one way or another made you stronger. In this song i hope to encourage listeners not to give up.