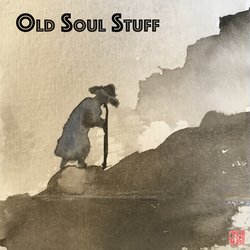 Jane McArthur is widely admired for her soulful vocals and poetic lyrical content. She has been compared to artists as varied as Bonnie Rait, Mia Dyson and Joni Mitchell. Her most recent album ‘Ephemeralogica’, was borne of a project in 2015 whereby she recorded and released one song every month with different producers and musicians. ‘Ephemeralogica’ was warmly received by national and community radio.

For this single and new album planned for 2020, Jane is playing with a band Sam Healy (bass) and John Adams (drums). The new album promises a settling into the simplicity of a three-piece, with lush but grungy guitar and her signature rhythmical foundation to highlight lyrical content that sticks with you well after the song has ended.

The single artwork is an original watercolour from Jane, reflecting her increasing interest in eastern and Taoist philosophy she has been exposed to through her on-going study of Chinese martial arts. The idea of reincarnation and past lives is a key theme in the song. We’ve all had that feeling upon meeting a complete stranger, that somehow, you’re really just picking up where you left off last time.


The soul piece showcases McArthur’s trademark smokey vocals with an uplifting take on that ‘old soul’ feeling you can get on meeting a stranger. It’s an early-release track from a new album scheduled for recording in 2020. A Pozible campaign – where people can pre-purchase the album to help raise funds for the recording - is currently running