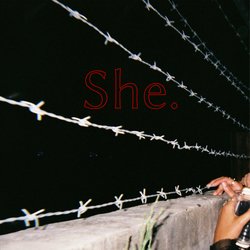 Jamilla combines haunting soul vocals, self-produced R&B beats and chill-wave synths to create a beautiful and seamless brand of nu-soul music. With an intense and captivating stage presence and emotive and politically charged lyrics, Jamilla expresses her appreciation for human vulnerability and invites you to experience hers.

In her short time performing music, Jamilla has already caught the eye of many members of the music community landing support spots for some of Perth’s finest including Stella Donnelly, Demon Days and Abbe May and National supports for Thelma Plum, Alex The Astronaut , Mojo Juju, Tijuana Cartel, Sex On Toast and 30/70; as well as appearing on festivals including Hidden Treasures, Perth Festival, and WAMFest.

Her debut, self-produced single “Beautiful” was launched in April of 2018 to a sold out show and left audiences in awe of this new, artistically independent producer and performer. Following her stellar debut release, Jamilla released her sophomore single “King” in sprint of 2018 which was joined by her debut National Australian Tour where she captivated new audiences around the country. During the same debut year, Jamilla also racked up an impressive 4 nominations for the 2018 WAM Awards.


Drawing on her most empowering memories, Jamilla has nourished "She." into fruition. A track about positive ego affirmations and the exploration of self-identity.