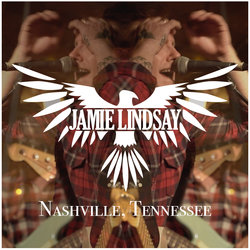 Originally from Tasmania, the Sydney based singer, songwriter, musician, performer and producer has explored, written and released various genres of music.

From his first 1997 solo country EP,  to his 2010 hard rock band "Kings Queens and Fairytales", then on to his two self produced singer-songwriter EPs in 2013/14 and now back to his country roots with his latest self produced release Nashville, Tennessee.

Through those years Jamie has been fortunate enough to work along side and learn from many industry personalities such as Harry Vanda (Easybeats/AC/DC), Tim Farriss (INXS) and more recently, Australian born/American based hit producer, Mark J Feist (Destinys Child/John Legend/Celine Dion).

As a performer, Jamie has been a major part of the live Sydney scene since 2001 with an average of 150 shows a year.  Restaurants, cafes, pubs, clubs, birthdays, weddings, funerals and massive national and international corporate events such as a Telstra hosted even on the USS Missouri in Hawaii and a yearly spot on the NRL state of origin line-up, the list goes on... Jamie has done it all.

Jamie is still as passionate about his music as ever and is always excited to see what the new day will bring.


Nashville, Tennessee is a song about a boy growing up in Australia, listening to country music radio and dreaming about one day being able to go to a place like Nashville, Tennessee. A place where legendary artist such as Willie Nelson, Jonny Cash and Dolly Parton graced the saloon bars along Broadway and of course the famous Grand Ole Oprey.