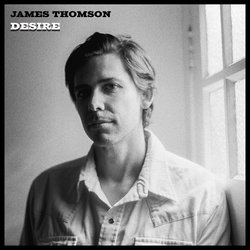 When an artist appears on the scene with his own identifiable style and is comfortable and confident in his ability as a writer and performer, you know he’s studied the greats and absorbed the essential elements of their craft. Australian musician James Thomson is one such artist. After being ‘discovered’ in 2013 by Stuart Coupe (ex-Paul Kelly + Hoodoo Gurus manager) - James was quickly signed to Coupe’s Laughing Outlaw Records and released two albums. On the back of National airplay and glowing comparisons to similarly genre-blending artists like JJ Cale, Gene Clark and Bobby Charles, James began touring extensively, both Nationally and Internationally. These tours established Thomson as a rare talent within the burgeoning Alternative Country/Americana scene; a magnetic and versatile performer capable of writing and delivering songs full of nuanced characters, stories and sounds. In 2018, James traveled to Melbourne to record a third studio album, with engineer/co-producer Rodger Bergodaz (The Lost Ragas, Tex Perkins). Desire is the first single from this highly anticipated new release and gives a clear indication that this next record is set to make James known to a much wider audience both in Australia and abroad.