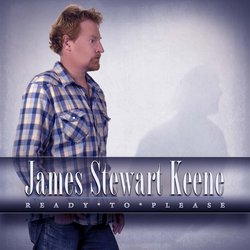 After an extended break from performing to raise a family, James completed a Certificate in Music Performance from Sydney Tech in 2005. Mentored by music industry guru’s including Bruce Reid from New Zealand rock icons Dragon, he shortly released his first self produced EP You Want What I Got. After playing the original circuit in Sydney for a few years, he released his second solo Digital EP Going Places on iTunes in 2012.

Signed to NG Management, James Stewart Keene is well on his way to success in Australia! He is among the new breed of modern Australian singer/songwriters who are pushing the boundaries of both the country and rock genres. Now a regular at the Tamworth Country Music Festival, James is working on his second album which is scheduled for release in 2016. He truly is a star on the rise!