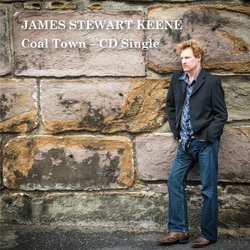 James released his debut album THE NAVIGATOR in March, 2014 entirely recorded and produced at his home. He enlisted Golden Guitar award winning producer/engineer MATT FELL to put the finishing touches to the mix.
James has solid foundations in music. He received his first tuition as a youngster from GRAHAM WILSON, member of the world renowned Australian comedy group THE FOUR KINSMEN. James was drawn to country sounds though his family’s LP collection, where any eclectic mix of artists such as The Eagles, Neil Young, Credence Clearwater Revival, Kenny Rogers and Willie Nelson were on the turntable. For James, it was the acoustic sounds, sweet vocal harmonies, great song writing and the excitement of his favourite artists taking musical risks, that caught his ear.
James is currently working on his second album with Jay Collie (Jonahs Road). He is also collaborating with a number of Australia's top writers as he works towards the album. This single was a co-write with Country legend, Allan Caswell.


Coal Town is about the town James grew up in and how it turned from a personable place to live to a place where you don't even talk to your neighbours. It will resonate with many communities that have lost a major industry or are losing one.