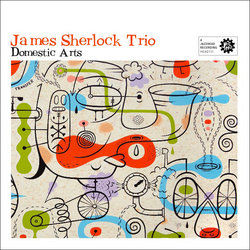 
The intro for this piece is beautifully arranged, carefully hand-picking rhythmically and melodically from the rest of the piece with a slight Latin feel, seamlessly flowing into a true-to-form rendition of the head section. Guitar features prominently in the solos with intricate licks and conversations with the bass and drums.