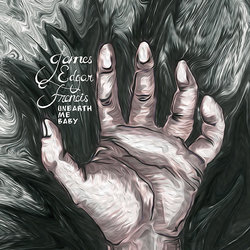 James has been a fiery enigma of the Sydney music scene for many years, sharing the stage with the likes of Passenger, Elana Stone & Lanie Lane, and over time he has built a reputation for his earnest songwriting and a voice equal parts Bob Dylan and Roy Orbison. Morally and (nearly) financially bankrupt by his late twenties, James decided to put that songwriting to good use and along with nine other songs that will make up his forthcoming debut album, “Unearth Me, Baby” was independently recorded with Producer Melvin Tree over the course of three years at studios across Sydney and Perth, including the incomparable Linear Studios in Leichhardt (Josh Pyke, Empire of the Sun).
Joined in the studio by drummer Josh Schuberth (Josh Pyke), guitarist Glen Hannah, the recording is rounded off with Brendan O’Brien’s melodic bass line and soulful backing vocals from Lisa Hill.


James Edgar Francis wants you to fall in love with him. At least that is what you would think when you hear this song, an inspired confusion of love, sex, fame and wordplay. With the ironic swagger of Augie March and Nick Cave, an aching, unforgettable melody and unexpected depth.