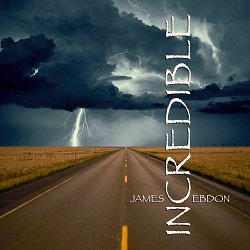 James was born and raised in Launceston and started learning piano when he was 10 years old and singing when he was 15. He first started composing music for a class assignment when he was in grade 10 and went on to win the Grade 10 Music Award at Kings Meadows High School.

James studied a Bachelor of Applied Science at the University of Tasmania, graduating in 2001, majoring in Chemistry & Computer Programming.

By the time James was 19 years old, he was performing in amateur musical theatre productions with lead roles in Pirates of Penzance and Trial by Jury, during which time he met his wife, Leisa.

In 2007, while one of the band leaders at St Marks Lutheran in Mt Gravatt, he rediscovered his passion for composition, writing the song ‘You Came’.

After the birth of his first son Samuel in 2005, James took up the role of stay-at-home dad. His second son Lewis was born in 2008.

In mid 2011, while living in Sydney, James met Ian Pav, a Canberra based Producer and began work on the album.

In 2012 the family moved to Nowra and in August, a year after recording started, Incredible was launched.


It’s almost unbelievable that God would come to earth and walk amongst us. It would have been fantastic to have witnessed the miracles of Jesus. He is our wonderful saviour, even though we often forget & disregard his teachings and go our own way. "Incredible" features Nathan Eshman on guitar.