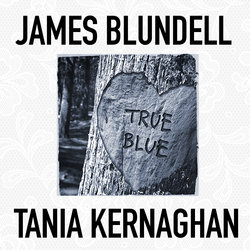 There are many terms people use when describing James Blundell. Icon. Legend. Controversial. Rebel. The truth is James Blundell is all of these things. He is the recipient of numerous CMAA Awards, double platinum, platinum and gold sales awards and is a five-time ARIA Award nominee with one win to his name.

Tania Kernaghan is one of Australian country music's big stars with four Golden Guitars, 15 number one singles and numerous platinum and gold records to her credit.

An integral member of the Kernaghan country music dynasty, Tania spent much of her childhood touring the length and breadth of Australia with her family. Those wonderful, adventure-filled days instilled in Tania a love of both performing and storytelling, and saw her forge a professional songwriting partnership with younger sister Fiona which has lasted three decades and still going strong.

When the idea was presented to James to record the song, it seemed natural to do it as a duet with longtime friend, Tania Kernaghan. “Tania’s such a great vibe, a real voice and a real authentic person”.